The Farmhouse we use to interpret on the 1917 farm site has two parts to it. The original portion was a log cabin built in Smithfield in the 1870’s. This portion includes the parlor, parent’s bedroom, and the two rooms above them. The cabin was brought to the farm in 1976. In the 1990’s, the rest of the farmhouse, the kitchen, upstairs bedroom, and back porch, were added on. The farmhouse is the heart of the farm site.
The kitchen is where the majority of the activity in the house originated. The housewife was in charge of all food preparation and preservation. She prepared three meals a day for family and farm hands. The farm wife had very few “modern” appliances; she used the wood burning stove for cooking, she washed dishes by hand, and she only had a small icebox.
The stove is the most important part of the kitchen. Every morning, the stove will need to be lit. The stove can take wood or coal, but we use wood. It is cleaner to haul around and we have a ready supply. It can take up to two hours for the stove to get to the proper temperature, so make sure it is started first thing in the day. In our farmhouse, there is no hot water, so cold water is brought in from the tap outside and heated on the stove every day for dish washing and other cleaning. Notice on the back of the stove, there is a pipe coming out. That is where a family could potentially hook up a water tank if they so desired.
The parlor was a room used for family time and special visitors. Elizabeth Wyatt remembers spending evenings with her family all gathered in the parlor. Musical instruments were important to families in the early 20th century. They did not have television and the internet to entertain their families and guests, so many learned to play instruments like the piano. In the parlor window is a red cross. This cross was given to families who supported the war effort. That support could be food, socks, men or other supplies.
The parent’s bedroom was the most private room of the house. The sewing machine is a treadle machine. In 1917, most women sewed their own clothing for themselves and their families. The Wyatt girls knew how to sew by the time they were 10 years old. The dress on the dress form is a WW1 Red Cross uniform replica. The chamber pot under the bed was used as a bathroom during the night. It was generally a child’s chore to empty them out each morning.
Upstairs are the children’s rooms. The walls are painted with tinted whitewash and decorated by the children. The toys vary from dolls to wooden animals to a croquet set. There are multiple quilts on the beds because there is no way to heat the upstairs with the exception of the wood burning stove in the kitchen. Most children shared rooms and beds with their siblings. Most houses did not have closets- they didn’t have as many clothes as we do. The most common method of hanging up clothing was using a peg on the wall. 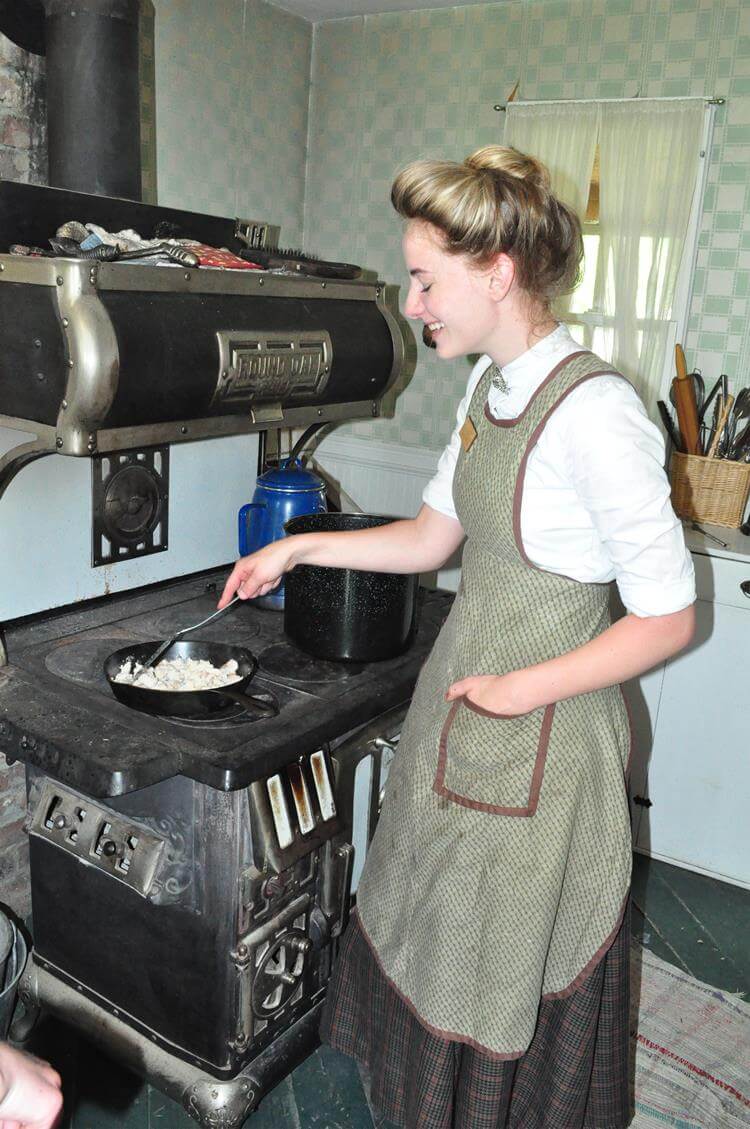 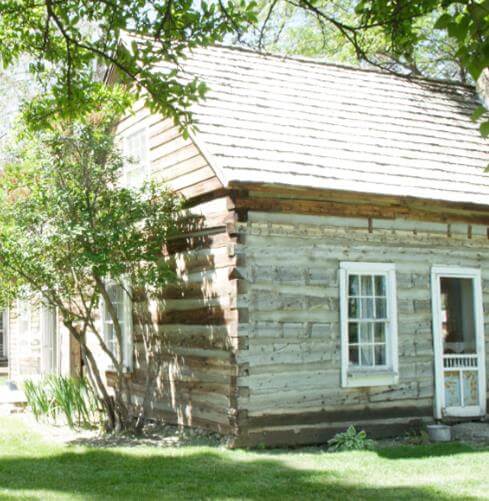 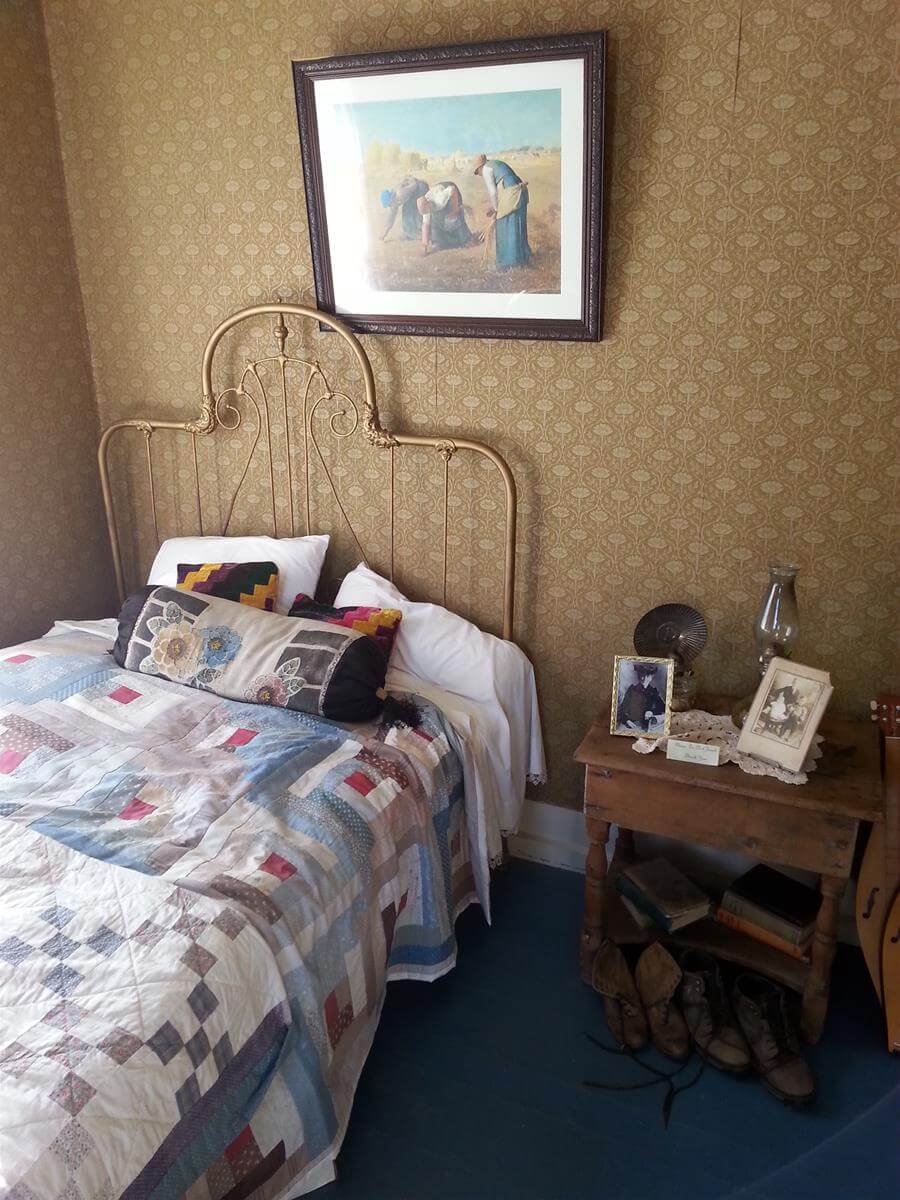 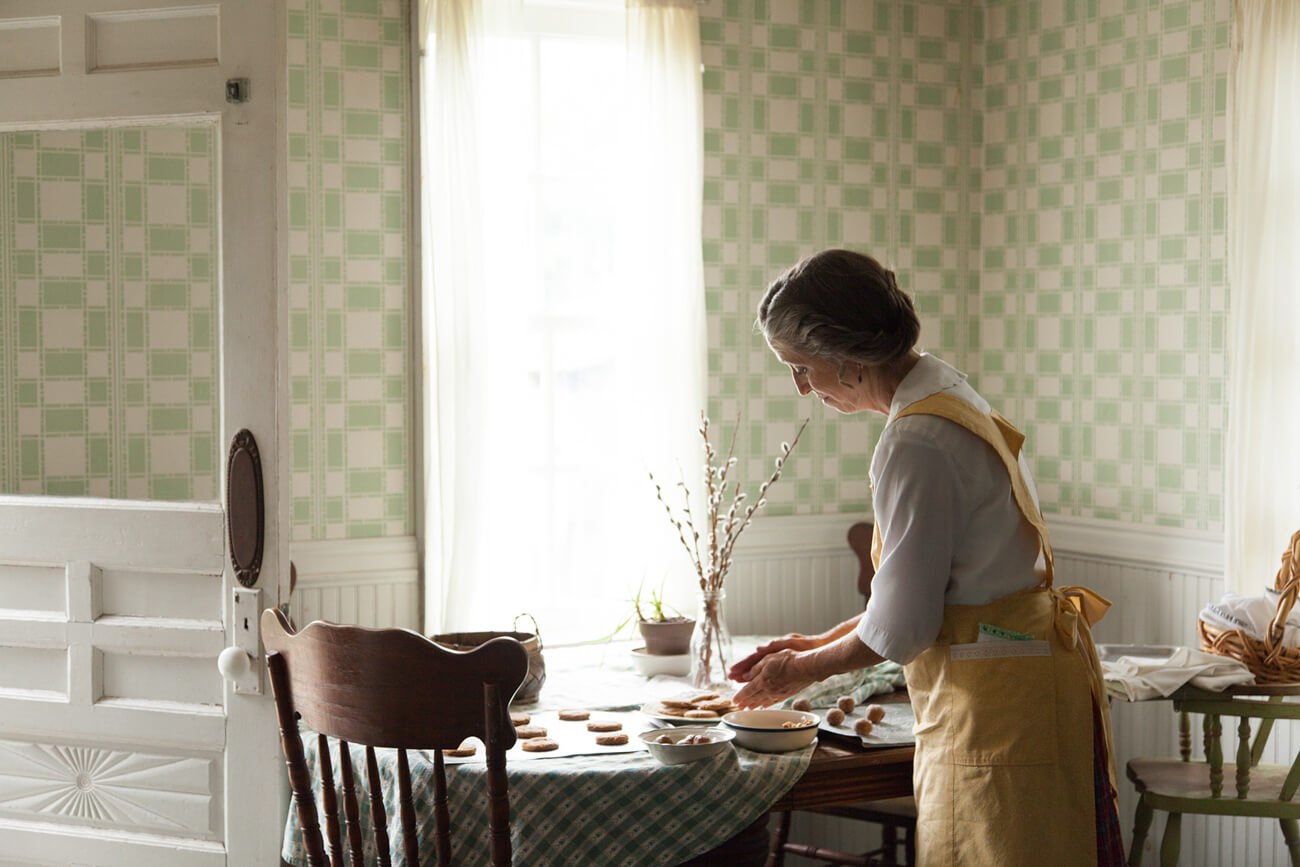