The Pioneer Site is made up of several areas that demonstrate what life was like in Cache Valley in the mid 1800’s.  Click each area to learn more about each. 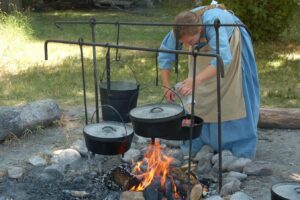 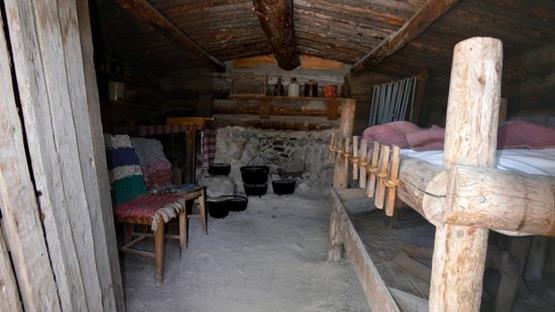 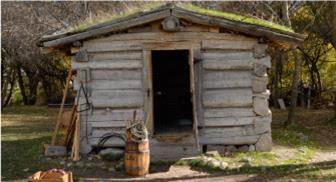 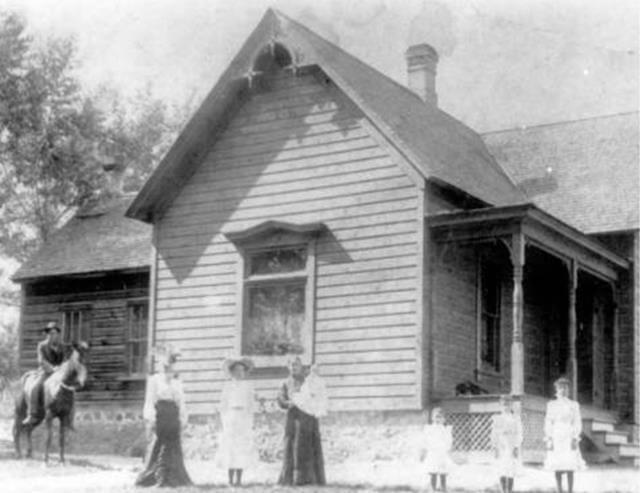 National westward migration during the 19th century was focused on land, new opportunity, and gold; Mormon emigrants who settled in Utah came primarily for religious reasons. The most well-known trail is the Oregon Trail and the Mormon Trail follows this trail in some parts. Approximately 70,000 Mormon people came across the Mormon Trail and nearly 350,000 people traveled the Oregon Trail during the years 1843-1869. The Transcontinental Railroad was completed in 1869 in Promontory Utah and many more people chose to travel cross country by rail rather than by wagon.

The journey was nearly 2,000 miles and took up to 6 months. A family of four needed nearly 2,000lbs of food supplies to sustain them along the trail. Pioneers generally walked 10 to 20 miles each day. They did not ride in the wagon.

The Mormon movement to Utah was part of a larger nationwide movement west.

Pioneers used handcarts successfully, for the most part, between 1856 and 1860. Handcarts are a very unique part of the Mormon movement west. Some emigrants were forced to use handcarts during the years 1856-1860 because of dwindling funds in the Perpetual Emigration Fund. This fund was set up as a loan program and assisted poor emigrants from the eastern US and Europe in traveling to the Salt Lake Valley. When the funds began to run low, handcarts were used because they were cheaper to make and did not require oxen to pull them. They often were able to travel faster than a wagon would have because they were lighter and they did not require as many animals to care for and feed along the trail. Handcart emigrants began in Florence Nebraska, where the railroad ended. From there, the pioneers would travel to Council Bluffs to get their provisions for their journey west. From Florence, it was a 1,300 mile journey to the Salt Lake Valley. Ten handcart companies made this trip west, with nearly 3,000 emigrants attempted the trip to the Salt Lake Valley. Out of the 10 handcarts companies, 250 people died, (220 of those occurring in the Willie and Martin Handcart companies.)

The handcarts were loaded with all of the food, clothing, bedding, cooking utensils and any personal possessions. Fully loaded, a handcart would hold approximately 300-500lbs of provisions and possessions. Adults were allowed 17lbs of belongings and children were allowed 10 lbs. The handcart companies would have several supply or freight wagons that would carry their tents. Sometimes the elderly or sick would be able to ride in these wagons. Children in the handcart companies worked very hard along the trail; they helped push and pull the handcarts, care for younger siblings, make meals, and set up camp. Many children and adults made the journey barefoot. Sometimes it was because their shoes wore out, other times it was because they were saving their shoes for when they arrived in Salt Lake City. The pioneers that walked recounted stories of how their feet became so blistered and were sometimes so swollen by the end of their journey, the shoes they saved wouldn’t fit on their feet. One boy remembered how his mother’s feet swelled terribly from walking. To keep them from bleeding, she wrapped them in cloth.

The Willie and Martin handcart companies suffered many hardships and deaths along the trail. Emigrants left England in late spring and once in America they had to hurry and build handcarts- many out of inferior materials which caused breakdowns later on in the trail. The late start on the trail meant that the handcart companies were caught in Wyoming in an early snowfall. Rescuers from Salt Lake City eventually lead the companies to Utah in early November. Aside from these ill-fated companies, the people who left at the right time of year showed that handcarts could be a successful way to move emigrants to the west.

Once pioneers arrived at their destination, families would often live out of their wagon boxes. They would continue sleeping in tents or under the stars until more permanent shelters could be made.  Location to water with an area to plant their crops was essential for early settlers.

Church leaders had been receiving reports of the beauty and good farming conditions in Cache Valley from as early as August 1847. It wasn’t until the Great Salt Lake Valley became more thickly populated, livestock increased, and drought and crickets ravaged the valley, that it was found necessary to seek more farming land and better grazing ground.

In 1855, a company of cattleman was organized to take the Church’s livestock herd to Cache Valley. The herdsman started a ranch just south of present day Logan. They began at once to build log cabins, corrals, and gates. This site became known as Elk Horn Ranch. By that fall, nearly 3,000 head of cattle and horses had been driven into the valley. About 200 tons of wild hay was cut and stacked for winter feed. It was a hard winter and the herdsmen met disaster. Of the 3,000 head of Church cattle, only 420 survived the winter and the trip over the mountains back to Salt Lake Valley.

Despite this failure, Brigham Young sent Peter Maughan and a group of pioneers from Tooele to Cache Valley in 1856. They built the first permanent settlement, calling it Maughan’s Fort, later to be called Wellsville. The next spring saw more people enter Cache Valley, boasting 18 to 20 families. In 1858 the valley was evacuated as a result of the Utah War. The settler’s returned in 1859 to settle here permanently. At the close of 1859 there were six small settlements, Maughan’s Fort, (Wellsville,) North Settlement, (Mendon,) Logan, Providence, Smithfield and Richmond. Severe weather, insect infestation, problems with irrigation and poor farming implements were common problems for the early settlers, making life difficult in Cache Valley. Early Settlers came from a variety of backgrounds including Scotland, Denmark, Germany, Sweden, Switzerland, Norway, England and Wales. 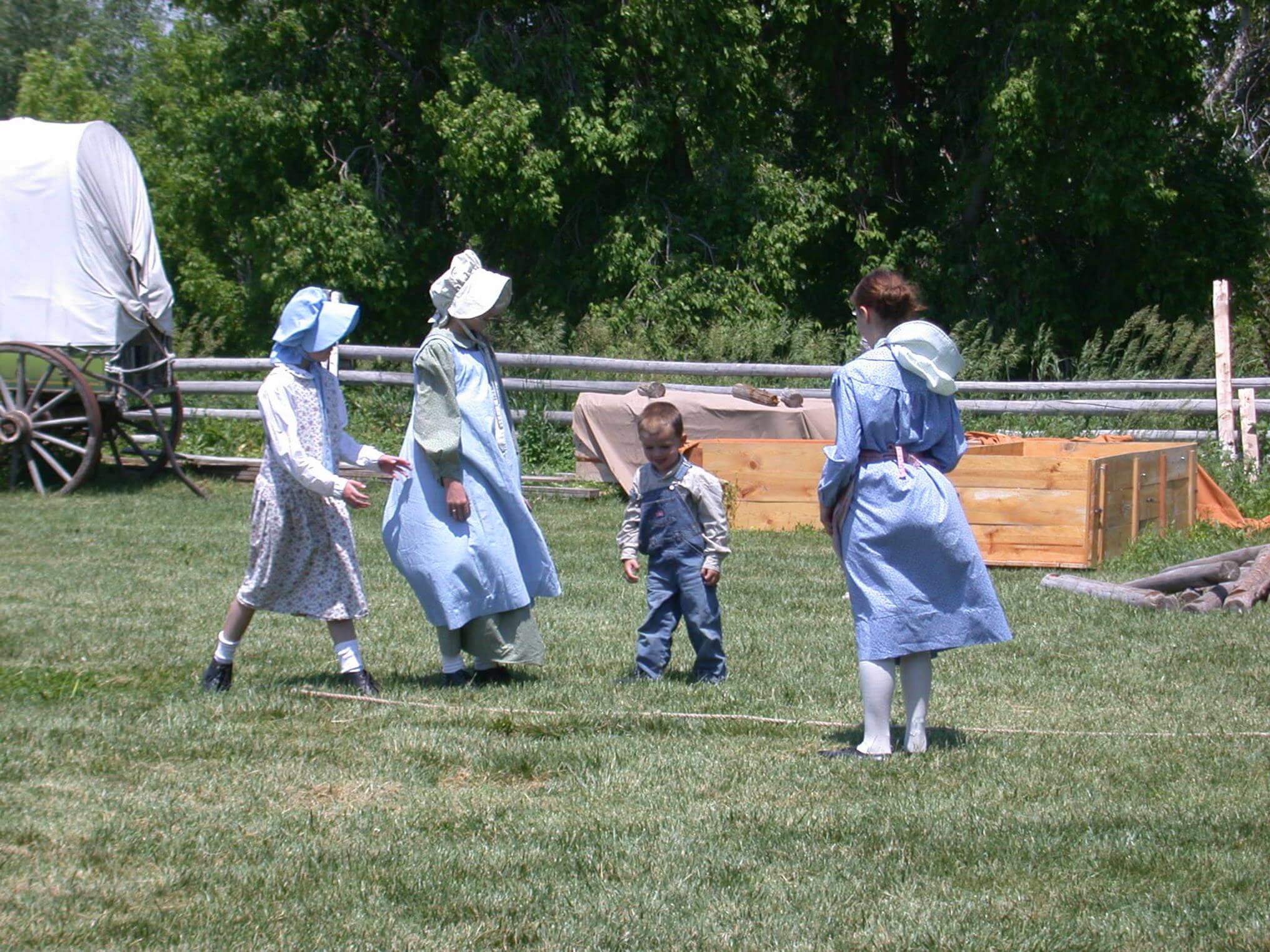 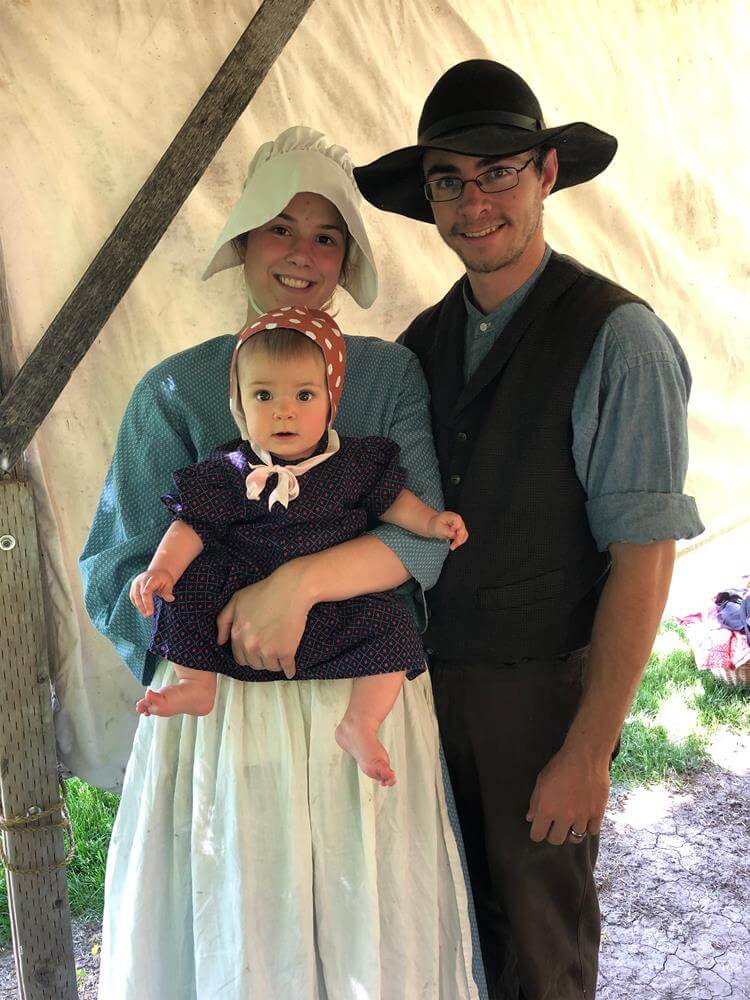