The wood burning stoves consume large amounts of firewood. It is important to keep a ready supply near the house. The woodshed keeps the wood dry year round. The children were in charge of keeping the wood boxes in the kitchen and summer kitchen full.

The granary provided a place to store grain year round and keep it dry. Grains were an ideal cash crop for Cache Valley farmers because of their easy storage and transportation. The grain was stored near the house to make grain accessible to the kitchen. Notice the unusual construction of the granary. It is made of 2×4 boards laid on their sides for added strength in supporting the pressure from stacks of grain and to keep moisture and pests out. Many granaries are built with the 2×4’s on the outsides and the framework on the inside. They are called inside-out buildings because when they were full, they would be stronger and not bow outward. Our granary is unique in its construction and is an original building from Richmond, moved here in 1976. The woodshed and chicken coop were then added onto once it was here.

The chicken coop is located near the farmhouse because women and children were responsible for the care and keeping of the chickens. Chickens were vital during the Great War because the government’s call for families to use less meat. The eggs were a good source of protein and women could preserve the chicken to use during the winter months. By pressure canning the meat of non-laying hens, families were able to serve chicken in place of other meats that could be shipped to Europe for use by the troops. The favorite breeds of that time were Rhode Island Reds and Barred Plymouth Rocks, because they were good for eating and laying eggs. 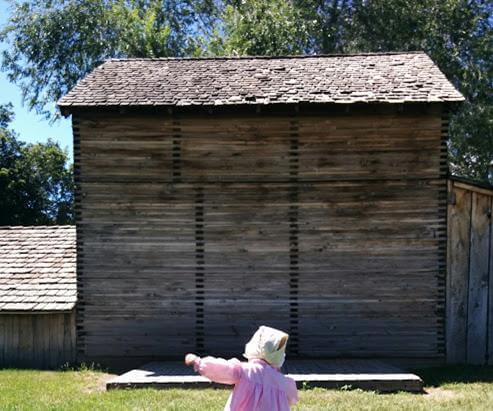 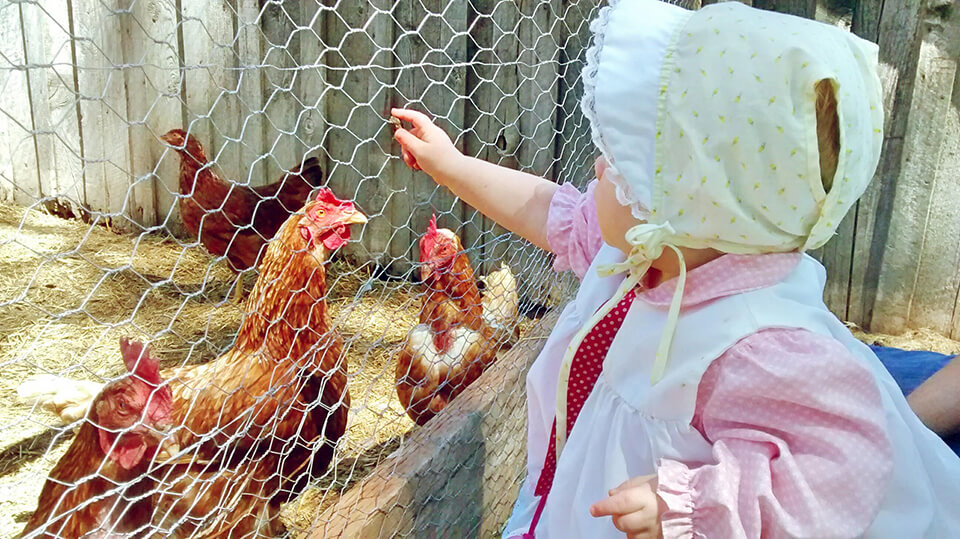