The Wyatt family history, as we know it, comes from a series of interviews done with Elizabeth Archibald Wyatt Winn. She was born to Franklin Horsecroft Wyatt and Elizabeth (Beth) Russell Archibald Wyatt, as the fifth of seven children.
Frank’s parents emigrated to Wellsville from England and Beth’s parents came from Scotland They grew up knowing each other and were married in April of 1885. In 1886, the couple and their oldest son, Franklin Archibald Wyatt, (1886) moved to the house built by Frank and his brother on this land. This house is still here, but is where our farm caretaker lives, so we do not interpret that house.
In the Wyatt family, there was Franklin (1886) Robert (1887) Ralph (1889) Caroline (1896), Elisabeth (1899), Edna (1905), and Elise (1907.) These are the living children; seven were miscarried or lost at or shortly after birth.
When Elizabeth was 1 ½ years old, her father was sent to England on a mission for their church. While he was gone, Beth Wyatt ran the family farm and did very well at it. The children were responsible for many chores and Elizabeth remembers milking cows, cooking, keeping house, weeding the garden, and sewing. They did not only work; Elizabeth and her sisters enjoyed many games like Run Sheep Run and croquet.
They Wyatt family was a very strong and loving family. Along with recording many memories that involve her siblings, Elizabeth recalls spending time with her Wyatt cousins, who lived across the street. Her Uncle John had a small store in Wellsville and Elizabeth remembers buying many of their supplies there. The Wyatt family did however, “raise all our own vegetables and fruit, and nearly all the meat.” They also bought shoes and clothes in Logan, and brought their wheat to the mills in Logan for flour.
Getting an education was emphasized to Elizabeth and all of her siblings. All the Wyatt children graduated from high school and went to college. Her brother, Robert, continued to help her father run the farm, but all the other siblings found work elsewhere. Elizabeth provided us with invaluable information about what it was like to live in 1917. More than anything, she emphasized how much her family loved and cared for each other and their farm. 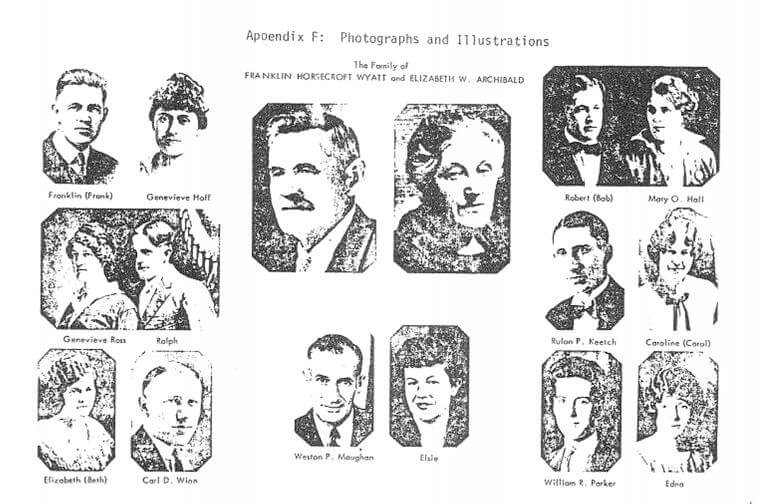 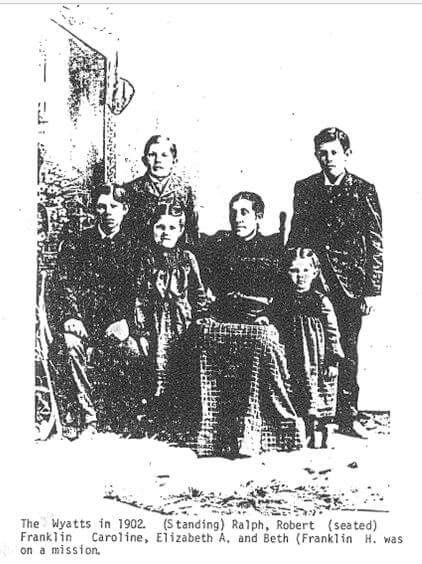 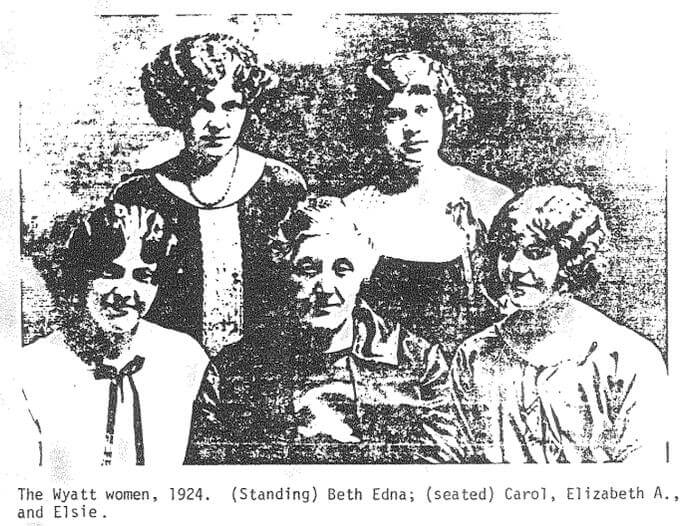