Millinery is designing, making, and selling of hats. A milliner is often referred to as a hatter. In addition to hats, milliners typically sold other clothing, such as shirts, coats, underwear, neckerchiefs, and cloaks. Milliners provided ready-made clothing for everyone. They also remake old clothing into new clothing since most people of that time could sometimes not afford new clothing. Milliners also sell materials such as fabric, buttons, and lace trim. Milliners put in a lot of work to make their clothing durable, lightweight, and fashionable. Without milliners in the 19th and early 20th century, people would have to repair and make their own clothing and hats. The millinery trade was a very needed and important trade. 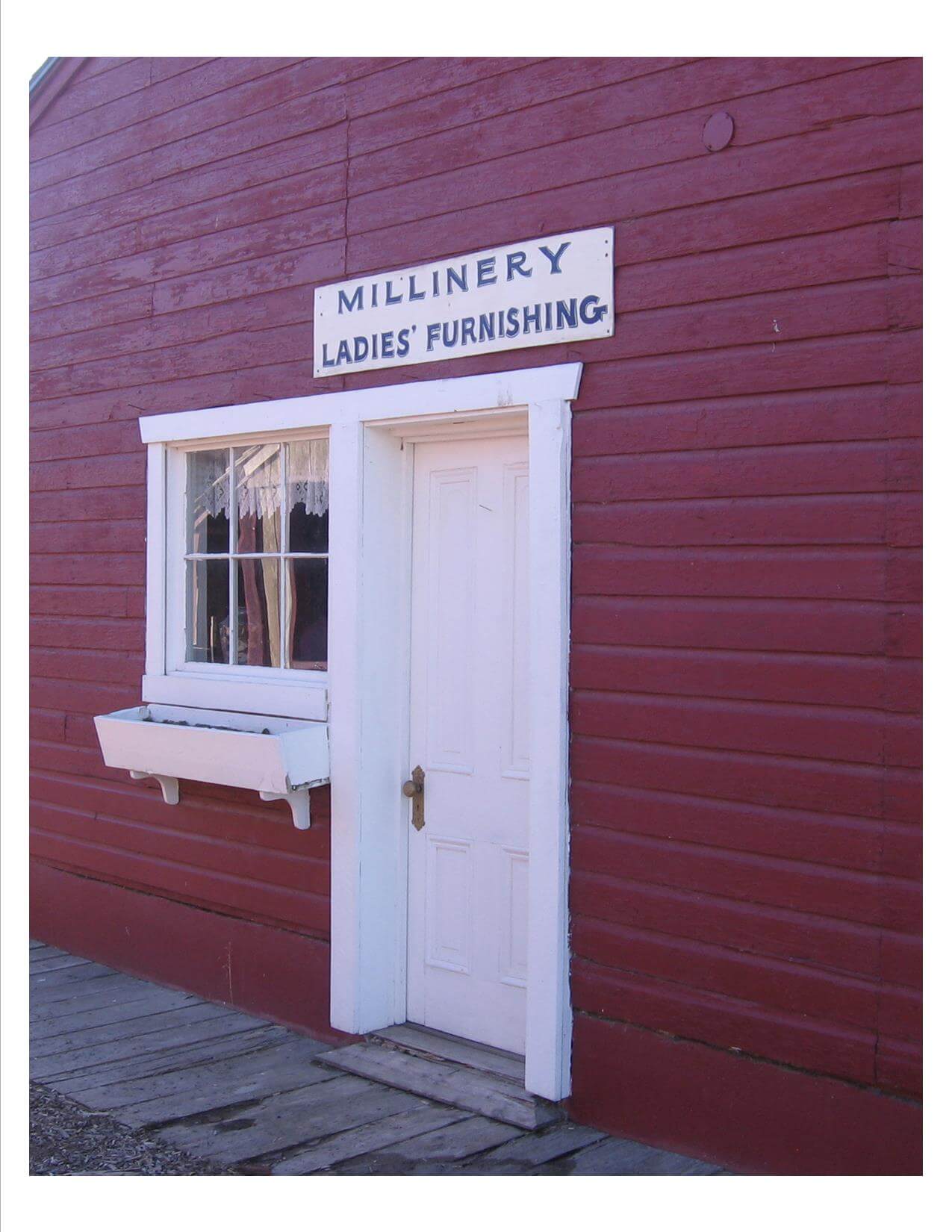