Before the arrival of Euro-American trappers, Native Americans camped in what was then called Willow Valley. Now called Cache Valley, the new name came from the numerous caches that littered the valley during the mountain man times. A cache is a hiding place, specifically one in the ground, where trappers would store supplies and furs. Northern Cache Valley was visited by mountain men as early as 1818, but by 1825, Cache Valley was a popular destination for many fur trading companies. They explored everything from the Bear Lake to the Salt Lake. By 1825, most of the beaver in the lower streams had been trapped, and by Christmas of that year, most men were pushed out by the heavy snow. Other trapping expeditions into Cache Valley occurred from 1827-1833. In 1826, a rendezvous was held here in Cache Valley. This was evidence of the area’s popularity. Two other rendezvous were held in 1827 and 1828, at the south end of Bear Lake. A second rendezvous was scheduled for Cache Valley in 1831, but the supplies were late in arriving and most trappers left.

Rendezvous were annual gatherings at various locations, held between 1825 and 1840. These gatherings were hosted by fur trading companies in the spring or summer months.

William Ashley came up with the idea of rendezvous system so that the mountain men working for him would not have to waste time traveling between St. Louis or Fort Vancouver, and the rivers and valleys where they trapped. There were 16 rendezvous held during the mountain man era.

Most mountain men traveled in pairs or small groups; some even traveled with family. Many trappers were young men, looking to leave farm life back east and experience something new. Many more mountain men came from Canada, France, Holland, England, Scotland, and Russia. The mountaineer fit no mold: he faced constant danger in an often hostile environment; he opened new trails, explored new regions, traveled rivers and streams, discovered mountain passes; all for the purpose of obtaining furs, most specifically, beavers. The mountain men lived off the land, His survival depended on alertness, strength, knowledge and skill.

Beaver was the most popular trapped and traded animal pelt. Beaver hats were very popular for nearly three centuries and the fur was felted for that purpose. The beaver’s soft under hair, called beaver wool, was made into tough, smooth material by being matted under heat and pressure, and then molded into the desired shape. The beaver hats that were popular were top hats, round hats, military hats and cowboy hats.

Near the mountain man cabin, we have a tipi. A tipi is a Lakota name for a tilted cone-shaped tent.  The word “tipi” (sometimes spelled teepee) means “dwelling”. Traditionally, a tipi was made of animal skins, usually bison hides, and wooden poles.  The tipi was durable and fairly easy to transport.  This portability was important to Plains Indians and mountain men alike, who lived a nomadic lifestyle, moving to follow the availability of food sources and suitable living conditions.

1804-1806: Lewis and Clark Expedition, opens up the Rocky Mountain region.

1824: William Ashley and his group of men enter Cache Valley 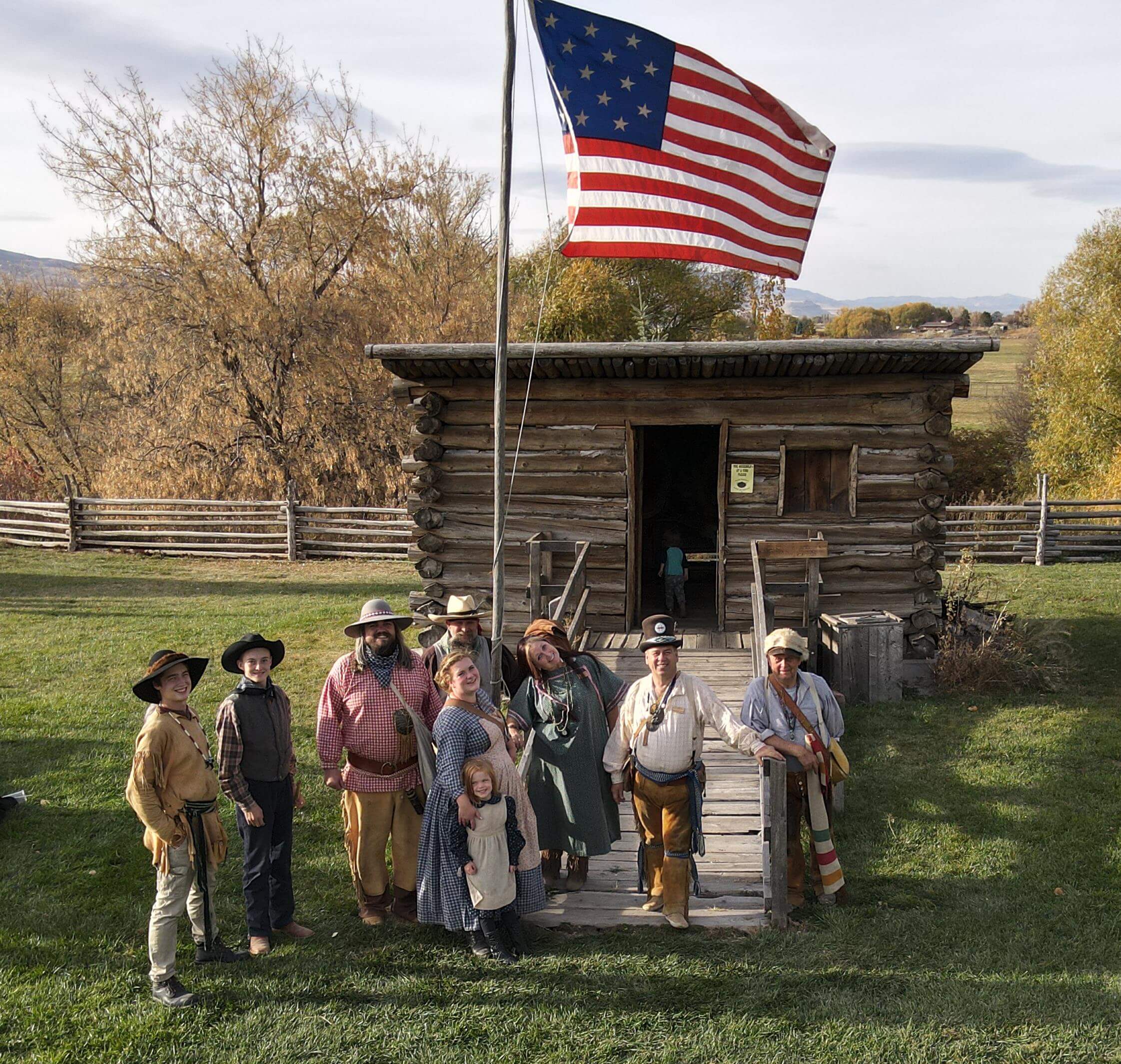 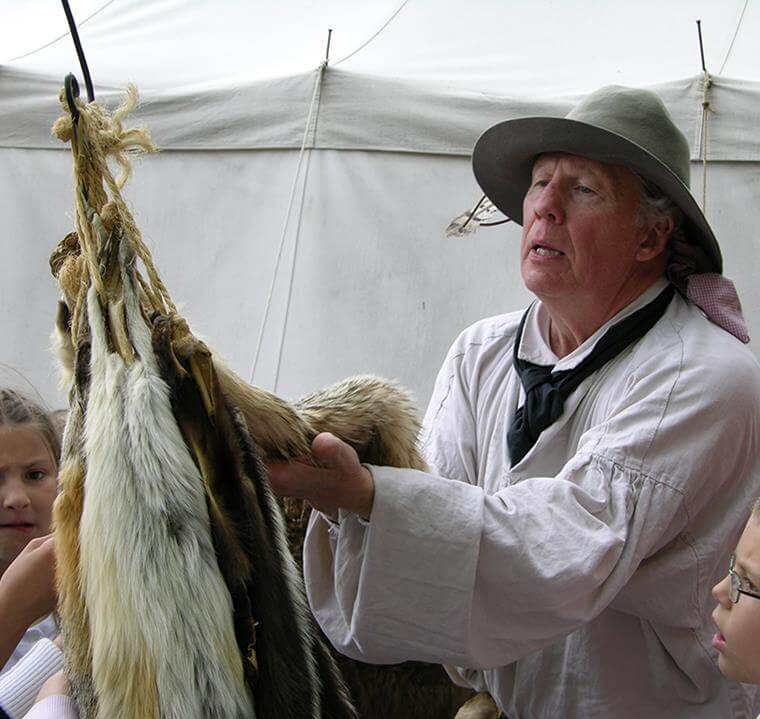 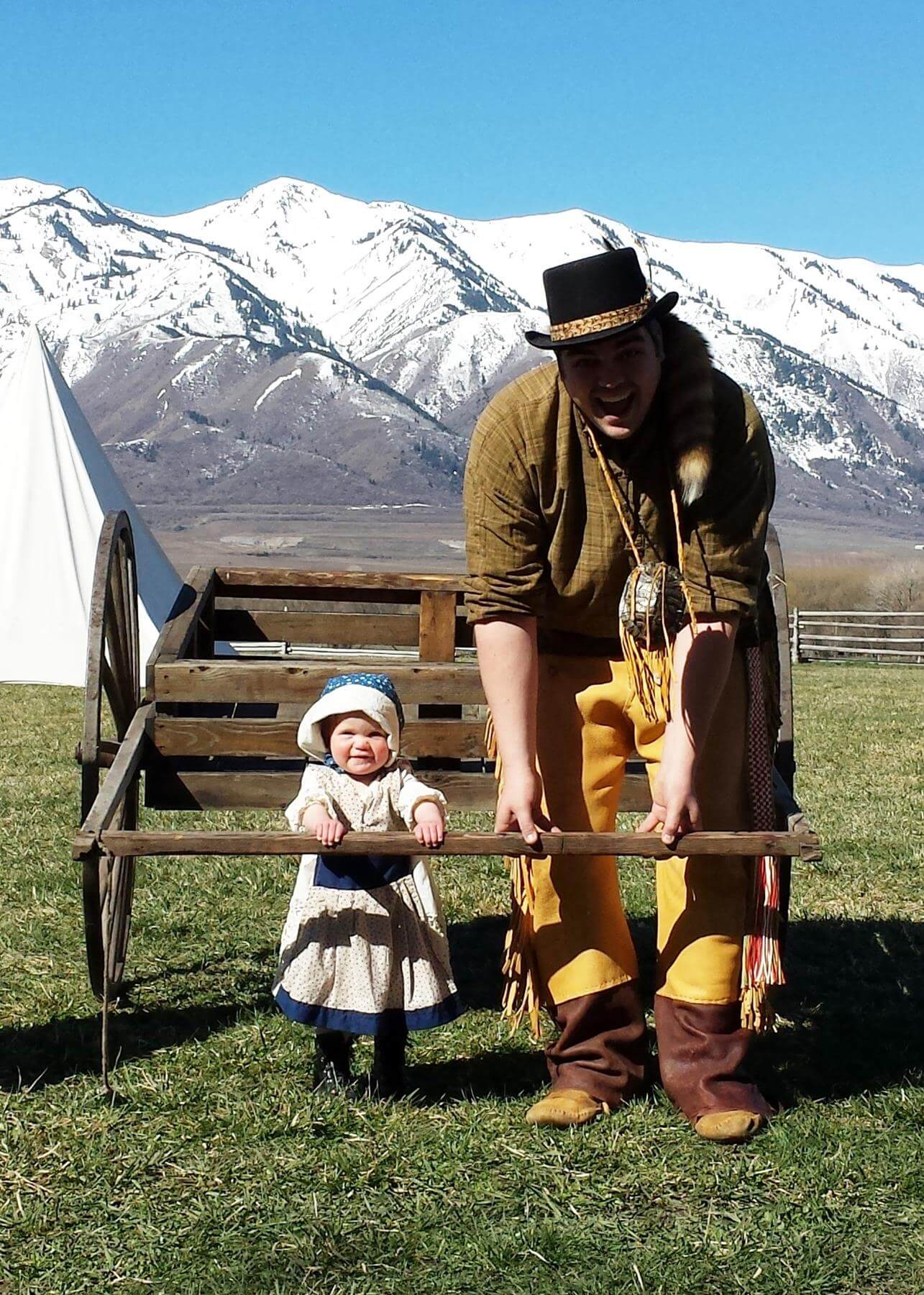