Since cabins were simply one room structures, the kitchen was located outside with an open fire pit. All of the cooking was over the fire. Water had to be heated on the fire for washing dishes, cooking, doing laundry and bathing. The water was hauled from nearby creeks or from a well. The fire pit was used as the oven and stove. The stove part of the fire pit consisted of a metal rod from which pioneers could hang “S” hooks and could then cook their food in Dutch ovens hung from these hooks. Pioneer Dutch ovens were very similar to Dutch ovens we use today. The oven part of the fire pit was the hot coals from the fire banked at the back of the fire pit.
The fire was dangerous for pioneer women because their long dresses could easily catch on fire as the worked around the fire pit. Women had practice and used great caution when cooking over the open fire, but being burned was a common injury and a common cause of death for women. Children were also in great danger around the fire because they often did not understand. Since all small children wore dresses, their mother could place a heavy rock on the dress of the child and keep them in one place, out of harm’s way.
Pioneers used a kitchen box to store many items needed for cooking. Utensils, plates, cookbooks, ingredients, hot pads, etc, were stored in these boxes. While crossing the planes, these boxes were fastened onto the side of the wagons where they could be quickly unlatched for meal preparation. Once settled, the box could be kept outside, keeping important cooking essentials out of the elements, but available to use in the outdoor kitchen. A shelter was often built outside to use as a preparation area near the fire. Many times, pioneer families would use the canvas from the wagon to cover the roof or wall of an outdoor kitchen.
Pioneer families were self-sufficient and the tasks they had to perform were very labor intensive. Planting and harvesting crops was the main task of the pioneer men and boys. They also had to build shelter for their families and animals. Animals were valuable to a pioneer family and men were responsible for their care. It was essential to provide for goats, cows, horses, sheep, and other animals because the animals provided pioneers with food, horsepower, and their livelihood.
All the ingredients used for cooking had to be made or grown. Each farm had their own milk cow or goat, so they could have milk for drinking and cooking and for butter and cheese.
Pioneers either grew or bartered for their food, and sometimes, some ingredients were harder to come by. Sugar, as we know it, was quite expensive and sugar cane was not grown in
Northern Utah, so the pioneers used sorghum to make molasses to sweeten foods. Starting around 1890, sugar was extracted from sugar beets, but until then, sorghum molasses was most commonly used. Sorghum molasses was made by pressing the juices out of the sorghum stalks and then boiling it down. There is a sorghum press in the pasture behind the Martin Ford Ox Barn. Sugar cane was saved for special occasions and holidays.
Because pioneers did not have technology like refrigerators that would keep their food from spoiling, they had to find other ways to preserve food. They would smoke and dry their meat, like beef jerky; they could brine it, (a salt bath,) like ham; and they could also pickle it with vinegar, like pickles. Pioneers could dry their fruits and vegetables, like apples and berries, and they could keep them stored in a cool, dark place. All these different things were ways to make the food last as long as possible.
Every family made their own soap, candles, yarn, and a number of other items that were necessary to a pioneer family. These tasks generally fell to the women and were necessary to maintain their household. Women had to cook meals, maintain the food storages, shear their own sheep for wool which could be spun into yarn and made into cloth; and also make, wash, and mend clothing for their families. They had to clean and maintain the cabin, make rugs, soap and candles, and care for the garden and small animals, like chickens. 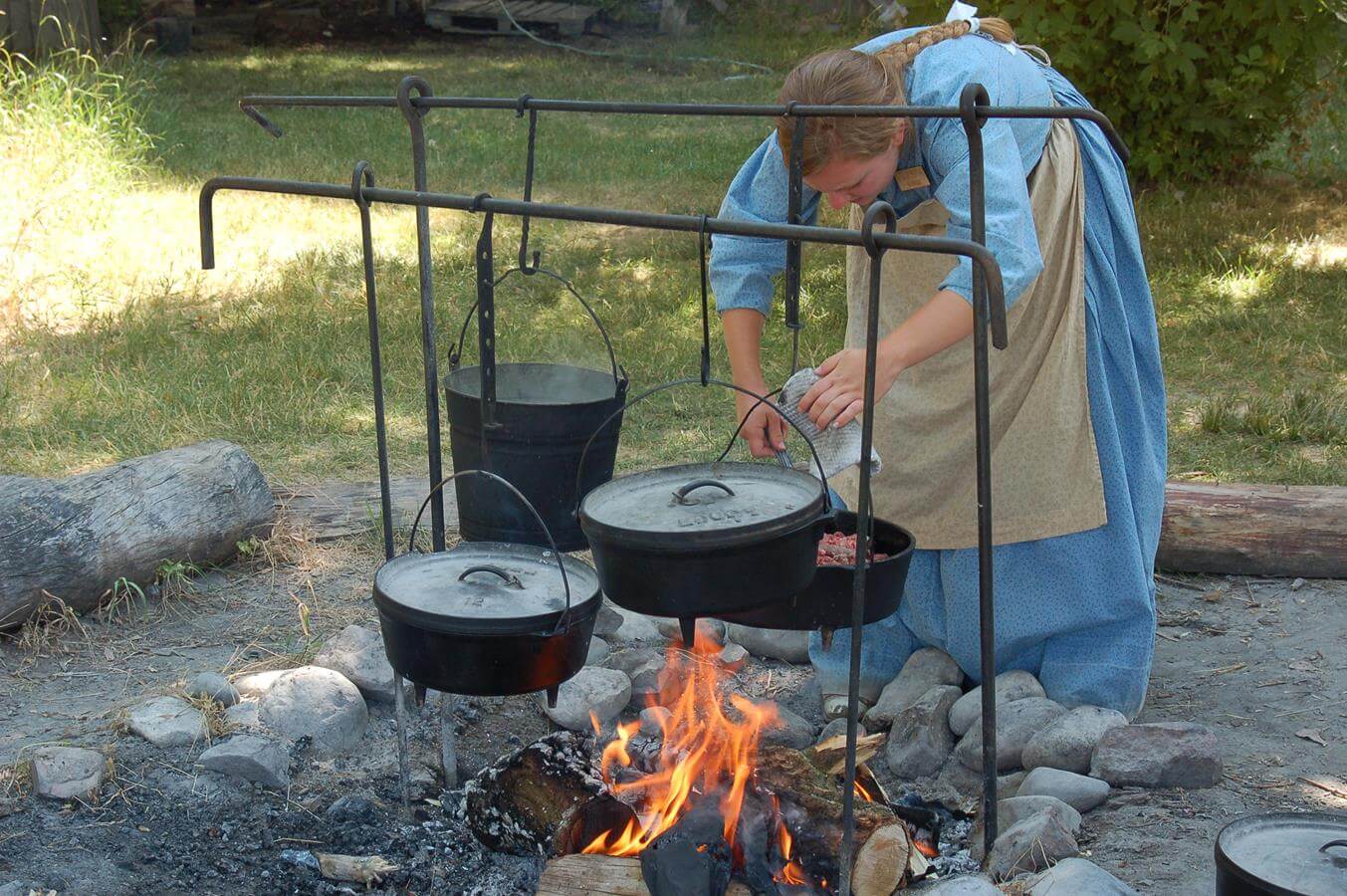 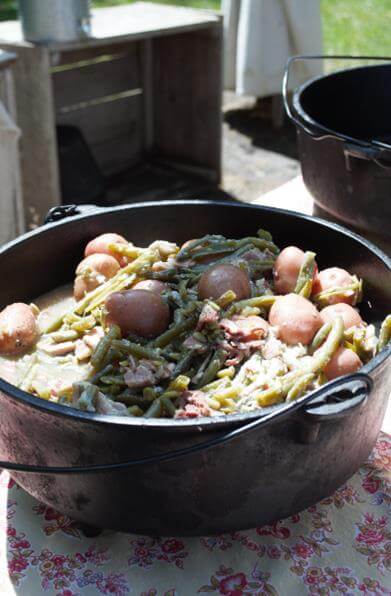